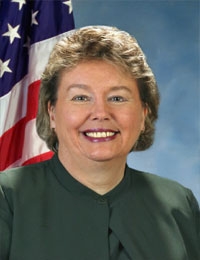 Smrz is now a part-time staff assessor for the American Society of Crime Laboratory Directors/Laboratory Accreditation Board (ASCLD/LAB) in addition to being an independent forensic science consultant.

Before coming to the University of Iowa (UI), Melissa Smrz spent a lot of time in Iowa City while her father was undergoing treatment at the University of Iowa Hospitals and Clinics (UIHC), allowing herto become very familiar with the campus and people. She recollects, “I wanted a comprehensive science education to prepare me for medical school or, as it turned out, a career in forensic science.”

After graduating in 1980 with a bachelor’s degree in zoology and a certificate in medical technology in 1981 – both from the UI, shewent on to complete a master’s degree in criminalistics from the University of Illinois at Chicago in 1985. She then began her career as a scientist in forensic serology and microscopic hair analysis with the Virginia Bureau of Forensic Science in Roanoke, Virginia.

In 1989, Smrz started her career with the FBI as a Special Agent in Indianapolis where she investigated allegations of white collar crime violations such as financial institution, consumer, wire and mail, computer, bankruptcy, and federal government frauds. However, most of her 20+ years in the FBI was spent in the FBI Laboratory as a forensic serologist and nuclear DNA expert. She subsequently served in several laboratory management positions and retired in January 2011 as a Deputy Assistant Director where she oversaw the daily operations of the FBI Laboratory consisting of nearly 700 scientists, special agents, and support employees.

She worked some high-profile cases including murders, sexual abuse and rape cases, and many others. To her, the most important cases involved the violation of people’s civil rights. Smrz says the zoology courses she took at the UI in genetics, evolution, and cell biology, prepared her well for understanding and applying concepts in her training and practice as a forensic serologist and forensic DNA analyst.

Smrz is now a part-time staff assessor for the American Society of Crime Laboratory Directors/Laboratory Accreditation Board (ASCLD/LAB) in addition to being an independent forensic science consultant. In her free time, she enjoys spending time with her daughter Luda. She also likes to travel and watch the Hawkeyes.