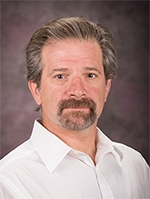 Herman is currently a Professor in the Division of Biology at Kansas State University and serves as Co-Director of the KSU Ecological Genomics Institute.

Coming from Omaha, Nebraska, Michael Herman was interested in research and came to the University of Iowa (UI) for the strenths in the Biology and Music programs.

While at Iowa, Herman did undergraduate research with David Soll, Professor of Biology, and experience that he said, "changed my life". In the Soll lab, he studied the infectious yeast, Candida albicans, characterizing the differences between the vegetative budding and the invasive mycelium forms. He and Soll pioneered methods to examine growth characteristics of individual cells. He also credits Michael Solursh, Gary Gussisin, Joseph Frankel, John Menninger, and Carol Newlong for "providing a good foundation of knowledge and mentorship throughout my career".

His Bachelor of Science degree in Zoology (1984) at the UI provided him with the opportunity to attend graduate school at the Massachusetts Institute of Technology (MIT) where he graduated wtih a Ph.D in Biology (1991). After completing a Postdoctoral Fellowship at the University of Minnesota in 1996, he then obtained a faculty position in the Division of Biology at Kansas State University (KSU) and has been there ever since.

His research currently focuses on the ecological genomics os nematode-bacterial interactions using both field-based approaches and laboratory experiements with the model nematode (roundworm), C. elegans. As part of this work, he and his lab group and studying the defense responses of C. elegans, toward the emerging hospital-acquired pahogen Stenotrophomonas maltophilia.

In 2003, Herman co-founded the KSU Ecological Genomics Institute, and serves as Co-Director. In addition, Hermas has served on the Board of Advisors (1994-2006) of the Developmental Studies Hybridoma Bank (DSHB) which is housed in the UI Department of Biology and is directed by David Soll. Since 2001, he has also been a member of Faculty of 1000 and a panel member on breast cancer research programs among many other honors and awards.

He met his wife, Linda, while at Iowa and was married to her at the Danforth Chapel on the UI campus in 1986. They have two sons, Jacob and Philip. He also was involved in the jazz porgram at Iowa and currently plays the electric bass in a blues band with the other KSU faculty.