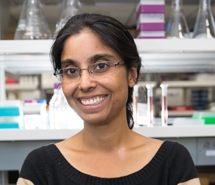 How do organisms adapt to stressful environments?

Most proteins function efficiently only within a narrow range of optimal conditions.  Yet, cells and organisms not only survive a wide variety of environmental and physiological fluctuations, but have evolved to colonize a vast diversity of environmental niches.  To combat the consequence of chronic protein misfolding due to environmental fluctuations all cells possess robust quality-control mechanisms that sense and respond to protein damage.  One such response is the heat shock response, a transcriptional response that increases the expression of specific cytoprotective proteins called heat shock proteins (HSPs) under conditions that can cause protein damage (Figure 1).  HSPs are molecular chaperones that maintain protein conformation, and help refold or degrade damaged proteins, thereby restoring cellular function.

The heat shock response is controlled cell non-autonomously in the metazoan C. elegans

This ability to detect and repair of protein damage is a fundamental process so inherent to the functionality of each cell that it would seem that it needs to remain under the control of individual cells.  However, while the upregulation of HSPs confers a remarkable protection from a variety of proteotoxic conditions and protein misfolding, it can interfere with growth and cell cycle progression and increase susceptibility to transformation.  Thus, one may argue that metazoans cannot afford to allow each cell to mount its own, autonomous stress response, but may instead subject this fundamental response to centralized control.  Indeed, in the metazoan C. elegans, although the heat shock machinery is present in every cell, the ability of the cell to activate a heat shock response is centrally controlled by the animals’ nervous system.

How does the nervous system control stress-induced gene expression?

Does the neuronal control of the protein quality control machinery impact diseases of chronic protein misfolding?

Protein aggregation and misfolding is associated with many debilitating human diseases such as Huntington’s’ disease, ALS, Alzheimer’s Disease, muscular dystrophy etc.  In many of these protein conformational diseases as well as in animal models of these diseases, the HSF1 dependent quality-control system does not efficiently counter protein aggregation.  We have shown that this inhibition of HSF1 activation and HSP upregulation, despite the presence of misfolded proteins, is not due a cell-intrinsic failure in the protein quality control machinery, but instead, a result of systemic inhibitory control exerted by the nervous system.  We therefore want to ask

The model organism C. elegans provides powerful genetic, cellular and molecular tools to address these questions.  The ability to identify all the 302 neurons of the animal, manipulate signaling directly in these neurons, and watch changes in gene expression in various cells of the animal using fluorescent reporters allows us to ask how cellular stress responses are mapped onto the animals nervous system.

I am currently seeking graduate students interested in studying these questions listed above.