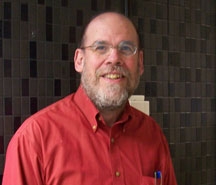 Development and Regeneration of the Nervous System and of Legs

We seek to understand the cellular and molecular mechanisms that enable some animals to reform axons within the nervous system after damage and to regenerate entire limbs after removal. The cockroach is used in these experiments because it can rapidly and accurately perform both of these phenomena. Our goal is to test the hypothesis that these regenerative processes in mature animals involve a repeat of events that normally occur during embryonic development. Efforts are initially directed toward the identification of molecules involved in the development of the nervous system and of the legs in embryos. These molecules will subsequently be tested for their roles in regeneration.

Hybridoma techniques are used to produce monoclonal antibodies that bind to molecules whose spatial and temporal distributions suggest that they play a role in development. Some of these molecules that are being studied include proteins that are: Distributed in gradients along the path of pioneer axon growth in a manner consistent with them being guidance cues. Present on the surface of embryonic axons but absent from those in mature insects. Present on the surface of epithelial cells that are undergoing any type of morphogenesis.

Functions for these molecules can be demonstrated by performing perturbation experiments in which the antibodies are added to a culture medium containing embryos that have been removed from their egg cases. These embryos will normally continue to undergo development for at least 48 hours. If the molecules are involved in development the antibody will block its function and alter the growth of the axons or the segmentation of the leg.

Biochemical techniques are used to purify the proteins and study their properties. Molecular biological techniques are used to clone the genes that encode these proteins and to use this information to further manipulate the organism. It is expected that because of the phylogenetic conservation of developmental mechanisms, homologs of these molecules will be found in higher animals where they will perform similar functions. The question remains as to why some organisms, like the cockroach, can use these same molecules again during regeneration whereas others, like humans cannot.