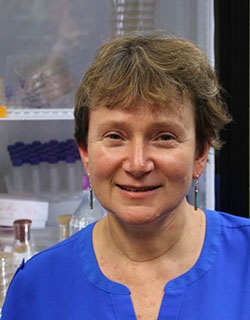 The work in our lab is aimed on investigation of the mechanisms of double-strand break (DSB) repair. DSB is the most lethal form of DNA damage, and we would like to unravel their role in genome destabilization. In particular, we are interested in how imprecise or faulty repair of DSBs leads to structural genomic variations including mutations, copy number variations (CNVs) and chromosomal rearrangements similar to those that cause genetic diseases and cancer in humans. Our research is focused on one particular pathway of DSB repair called Break-Induced Replication (BIR). BIR is the main pathway to repair broken chromosomes containing only one repairable end, which can result from the collapse of a replication fork or from telomere erosion. Importantly, BIR plays a significant role at the onset of carcinogenesis, when cells undergo a massive collapse of replication forks, and which are repaired by BIR.

We are using sensitive genetic assays, direct physical methods and genomic approach to unravel the mechanisms of genetic instabilities resulting from BIR, and the effects of various environmental factors in the development of such instabilities. Our recent results obtained in yeast demonstrated that BIR drastically differs from S-phase DNA replications as BIR is carried by a migrating bubble, resulting in conservative inheritance of newly synthesized DNA. Identification of this molecular mechanism that has been published in the journal of Nature in September 2013 served as a first step towards our understanding of genetic instabilities resulting from BIR. However, many details of the mechanism of BIR responsible for its destabilizing effects, as well as its role in promoting genetic instabilities leading to cancer remain unclear. We aim to fill these gaps in our knowledge by investigating BIR in yeast and eventually in humans. In addition, we use our knowledge obtained in yeast to analyze human cancer genome databases to determine the role of BIR in promoting genomic instabilities leading to cancer.