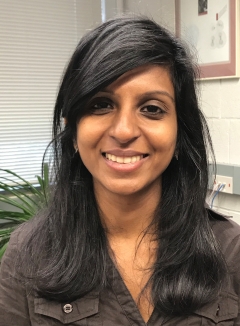 In 2011, Rajula joined Dr. Anna Malkova's Lab at Indiana University Purdue University Indianapolis (IUPUI) to pursue her Ph.D. In 2014, Dr. Malkova accepted a faculty position in the Department of Biology at the University of Iowa, and Rajula moved with her to continue her Ph.D. in the iBio (Integrated Biology) Graduate Program. Rajula studies an unusual pathway called break-induced replication (BIR) in yeast. BIR is a repair pathway that repairs double-strand breaks where only one end of the break can locate homology for repair, similar to those seen at eroded telomeres and collapsed replication forks. BIR progresses by an unusual bubble-like intermediate. The asynchrony between the synthesis of leading and lagging strand synthesis during BIR leads to the accumulation of long single-stranded DNA (ssDNA) behind the bubble. The Malkova Lab discovered that ssDNA is a source of frequent mutations associated with BIR. In addition, the lab demonstrated that ssDNA damaging agents including methlymethane sulfonate and APOBEC3A synergize with BIR to produce hyper-mutagenesis. The lab's data showed that ssDNA can be a potent source of DNA damage and can also be a vulnerable intermediate that can be selectively used to target cells undergoing BIR.

Rajula will continue as a postdoc at Harvard Medical School in the lab of Dr. Ralph Scully who works at studying a double-strand repair pathway called long-track gene conversions (LTGC) in human cells.