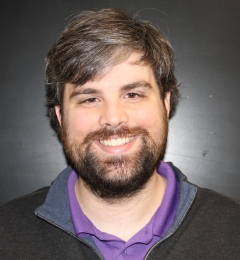 In November 2013, Scott began working in the lab of Chun-Fang Wu as an undergraduate researcher where he learned basic techniques of fly pushing and started several experiments related to aging and oxidative stress. Scott earned a Bachelor of Science degree (Neurobiology track) from the University of Iowa in December 2015 and then enrolled in the iBio graduate program the following semester to study neuroscience.

During his time in the Wu Lab, he developed an interest in electrophysiology which led him to perform electroretinogram experiments in the fly visual system. Using his strong background in software development and with the help of coworkers, he has developed integrated metadata tracking of longitudinal studies of aging Drosophila.

Integrating his interests in neuroscience and computer programming, Scott will move to the Bay Area to pursue a career in developing Neuroprosthesis and Brain Computer Interfaces.