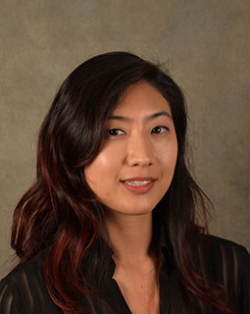 The ability to accurately sense and respond to danger is critical for survival. Environmental fluctuations can cause cellular damage, leading to protein misfolding and aggregation, which is toxic to cells. Cells can activate defense mechanisms like the Heat Shock Response to minimize protein damage by increasing production of protective proteins known as heat shock proteins (HSPs). These HSPs act as molecular chaperones to assist with the clearing out of damaged proteins. Chaperone expression is regulated by the conserved heat shock transcription factor (HSF-1).

Felicia's thesis was based on the discovery of innate mechanisms in organisms that coordinate activation of this cellular defense mechanism against protein misfolding. My research showed that the protective heat shock response in the cells of the animal could be triggered through serotonergic signaling, even in the absence of real damage. Additionally, Felicia showed that anticipation of danger can enhance the animal’s stress response in a serotonin-dependent manner, thus facilitating better survival against a subsequent insult that can cause protein damage.

Felicia will be a postdoc in Stanley Prusiner's lab at the Institute for Neurodegenerative Diseases at the University of California, San Francisco.

Felicia was born and raised in Malaysia, and first experienced the U.S.A. as an undergraduate, completing her degree in Cell and Molecular Biology at Binghamton University in Upstate New York. She then moved to NYC for a research internship at Albert Einstein College of Medicine.

In 2012, Felicia started graduate school in the Department of Biology at the University of Iowa as a Ph.D. student in the iBio (Integrated Biology) Graduate Program and soon after joined Dr. Veena Prahlad’s laboratory to study how neurons control the cellular Heat Shock Response in a multicellular organism using the roundworm Caenorhabditis elegans.

During Felicia's time in graduate school, she has been a DSHB Graduate Fellow, has obtained a Glenn/AFAR research fellowship in 2015, and was a Ballard-Seashore Dissertation Fellow.